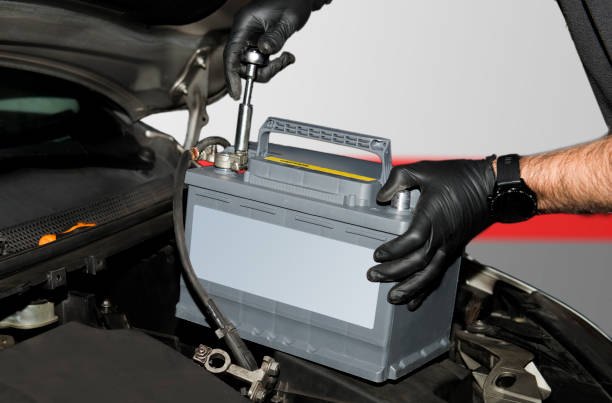 Washington State Ferries is the second-largest ferry operator globally and is now switching to batteries in response to a growing trend toward electrification of shipping.

Ian Sterling, Washington State Ferries’ public information officer, stated that the move would reduce the pollution and cost of the current diesel consumption across 22 vessels carrying 25 million passengers per year.

He said that the annual fuel consumption of the government-owned ferry operator is comparable to that of a “midsize” airline, which makes it the state’s largest diesel polluter.

Sterling said that Washington State Ferries is one of the agencies mandated by Jay Inslee’s legislation to achieve zero emissions. The governor did not say it, but the switch to batteries was necessary.

ACCESS THE EXECUTIVE SUMMARY >This is a great idea. It will quieten the boats and reduce diesel fuel emissions. Even if you aren’t an environmentalist, it is a good idea because the taxpayer will be able to pay the cost of the fuel fairly quickly. This saves millions each year.

According to Sterling, Washington State Ferries considered a hybrid or liquid natural gas-powered vessels in 2012. However, the technology was not mature enough. The automotive sector has made battery technology improvements that encourage a second look.

Sterling stated that people in Washington would likely ride on an electric-powered ferry within the next few years.

It’s not as simple as it seems.

However, it will take a while to electrify the fleet due to difficulties installing charging facilities or signing electricity supply agreements at certain locations. Washington State Ferries operates services throughout Puget Sound, which spans more than 1,000 miles.

The electrification project for ferry operators will begin with the most polluting vessels: three Jumbo Mark II Ferries, which use 5 million gallons per year and are due to receive midlife propulsion system upgrades.

Each vessel will be upgraded with two new diesel generators and four locomotive engines. The batteries supplied by Siemens will power the upgrade.

The MV Wenatchee will likely be the first ship to undergo conversion. This iconic vessel has been featured in TV shows such as Grey’s Anatomy.

The three Jumbo Mark IIs could be converted to electric operation, reducing emissions by 48,000 metric tonnes of carbon dioxide per year. This is equivalent to taking 10,000 cars off of the road.

Washington State Ferries has also initiated a program to build electric ferries. This should result in Olympic-class electric-diesel hybrids being operational within three years.

Washington State Ferries will also need major quayside electrification, with Seattle-Bainbridge Island likely to be the first route with charging points at both ends.

Washington State Ferries is not the only one to have switched from diesel. Sterling stated that British Columbia Ferry Services, a major private-sector operator in British Columbia, switched to liquid natural gas a while back and is currently looking at electrification.

August saw the launch of the world’s largest all-electric ferry, Ellen, which carries 200 passengers and 30 cars. It spans the entire stretch of southern Denmark between Fynshav (in northern Denmark) and Soby (in southern Denmark).

In July, the U.K. government declared that any new vessels ordered for its waters starting in 2025 would need to be equipped using zero-emission technology.

Jostein Bogen is the global product manager for energy storage at ABB Marine & Ports. He cited data from the Maritime Battery Forum and said that there are currently 101 battery-operated passenger ferries and car ferries worldwide. Another 76 are under construction.

Bogen stated that ferry electrification would continue to grow in the future. “We already see many cases of this technology in Scandinavian countries. The technology is now spreading to other parts.”

Bogen stated that recent ABB projects included the electrification of Icelandic Road and Coastal Administration’s Landeyjahofn-Westman Island ferry and a fleet of new Maid of Mist all-electric ferries for tourists in Niagara Falls.

He stated that the main drivers are local and global emissions regulations. “We also see public opinion as a powerful driver. There is a greater awareness of sustainable maritime transport, including ferries.