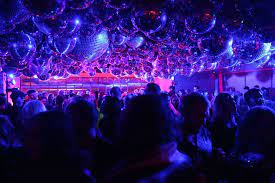 It’s easy for anyone to understand why LA is so popular.

California is known as the most cosmopolitan, forward-thinking and beautiful city in the United States. Its enchanting mix of stunning weather, sunny shores, and fun-seeking population has made it a popular destination for revelers from all walks of the globe.

The best nightclubs in Los Angeles are great destinations where you can spend a fun evening out with drinks, dance, and music. This guide presents some of the coolest places to party at night in the metropolis. We bring you the most exhilarating party palaces in the City of Angels, from booming techno-fuelled megaclubs to intimate indie digs.

If you’re dreaming of sampling several expensive venues in the same evening, sign up for one of LA’s notorious nightclub crawls. These fun-filled fiestas see you stumble through Downtown or Hollywood with newfound friends, hitting the hottest clubs and skipping the queues. Otherwise, pick your favorite option from our list below and head out to paint the town red.

These are five of the most trendy, hippest, and atmospheric hangouts in the City of Angels, Glamour, and Beau Monde.

AV Nightclub is one of Los Angeles’ most exclusive and swankiest clubs. It can be found in the historic Marion Building, just south of Hollywood Boulevard. AV Nightclub combines stunning interior design with modern audio and lighting innovations to offer Hollywood’s elite an extraordinary nightlife experience.

The chandelier shines with rich colors and luxurious embellishments, while trendy roisterers enjoy bespoke cocktails on the brown leather banquettes. Beautiful ballerina tutu-wearing go-go dancers and a DJ playing all kinds of disco mashups every Monday, Friday, and Saturday night add energy to the atmosphere.

Avalon, formerly known as The Palace, has all the ingredients to make a memorable night in Hollywood. It boasts exceptional decors and the most up-to-date audio-visual equipment. World-famous DJs are available. Avalon also has a 24-hour license. A remarkable history has seen some of the greatest performers of the 20th century, including Frank Sinatra, The Beatles, Nirvana, and Snoop Dog.

The famous nightclub also features four distinct spaces: The Main Room and the Honey Restaurant, Bardot, and The Loft. Each space has its distinctive atmosphere and musical theme.

The Colony is a perfect blend of Hollywood glamour and the Hamptons’ barefoot luxury, with a charming charm. It’s easy to see why SBE’s new establishment is a favorite of Los Angeles’s younger, trendier partygoers.

The inside DJs whip the crowd into a dance-hall-like techno frenzy, while outside, a covered patio with daybeds and a hammock offers moments of peace under shady trees. The Colony is a great place to host an epic party in LA.

The Sayers has a very exclusive clientele and an elegant but relaxed atmosphere. It is, without doubt, one of the best live music venues in Los Angeles. The Sayers is a classy Hollywood club where guests are treated to spontaneous musical performances. The decor walks a fine balance between style and seductive roughness. Music and space combine into a setting unlike any other.

Greystone Manor is not the best nightlife in Los Angeles, so I don’t know anyone who can.

This exclusive supper club is located in West Hollywood’s core. It offers a unique combination of cutting-edge design, delicious cuisine, and cocktails inspired by mixology. This is The City of Angels’ most popular hangout. It features a charming decor inspired by Old Hollywood glamour and the latest sound and lighting technology. It offers an unforgettable nightlife experience.